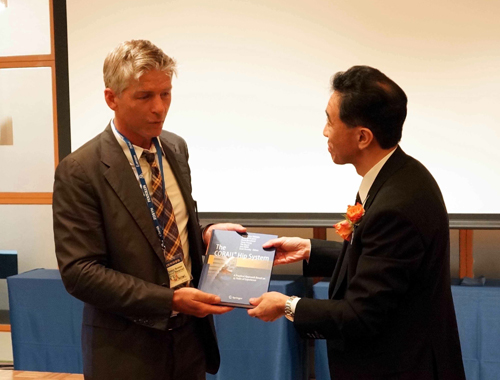 ARTRO GROUP received an invitation from Professor Satoshi IIDA, from Tokyo to present the concept and result of the Corail stem at the 15th SOFJO meeting (French-Japanese Orthopaedic Society) held in Tokyo on the 22nd of September 2012, attended by 200 participants.

A 45 minutes lecture entitled: “Corail stem what was the secret?” was presented by T. AIT SI SELMI.
The chairman in charge of the session was Dr. Chiaki TANAKA and many questions arose regarding technical and practical issues since the Corail stem was just recently introduced in Japan. A lot of interest was expressed on sizing and extension range of implants including shorter necks and the
additional size 7 because of the local patients’ profile. Most of the patients present with a dysplastic hip, 80% of them being females with a remarkably small anatomy. The Corail philosophy was also appealing because of the extensive use of cementless implants in Japan. At the end of the presentation the Corail 25th anniversary textbook was officially offered to the President of the meeting. 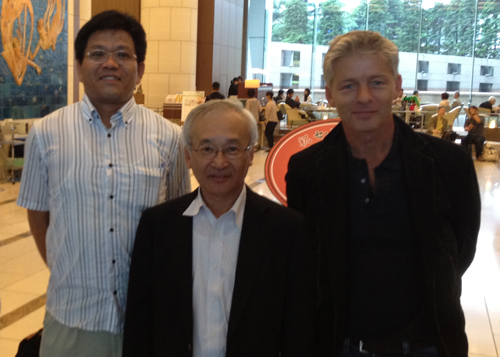 I did also have very interesting discussions with key and hip high volume surgeons such as Professor Hideaki SHIRATSUSHI, Kazuhiro OINUMA. They demonstrated a big interest in the anterior approach and in the advantage of using a low profiled shoulder stem. Both surgeons along with Professor IIDA are planning to visit our institution during the French Orthopaedic Society Meeting next November. I was impressed by the quality of the organization of the meeting and kindness of our Japanese colleagues.

Aside the official meeting I have been asked to participate to one-on-one discussions with several surgeons. Professor Kazuo KANEKO and I had a very interesting discussion regarding cup fixation issues. Professor KANEKO reported the use of a torque device to assess the quality of the press-fit which may open some perspective regarding the objective evaluation of the fixation and may further facilitate surgeons’ education. 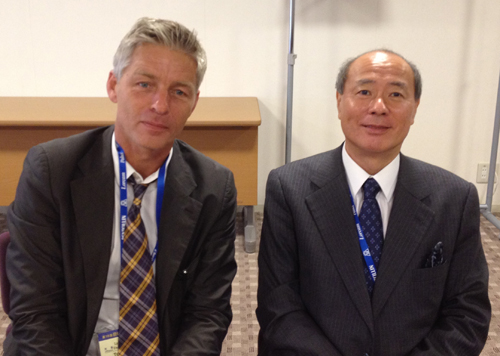 A young fellow, Makoto TAKAZAWA, asked for an interview regarding a potential 3 weeks training under the management of ARTRO INSTITUTE in Lyon and received a positive answer. Many surgeons have had a training experience in France and were happy to share their memories from Paris and Lyon, including Dr. Hirotsugu OHASHI, Dr. Toru YAMAKAWA and famous personalities such as Professor Akira KOBAYASHI whose French language skills are remarkable.

While in Tokyo I was nicely invited to observe the fifth corail stem implantation at the Tamagawa Hospital hosted by Professor Masaaki MATSUBARA. I have been impressed by the quality of the careful planning, including a CT scan, and the very calm and patient attitude of the Professor while supervising the surgery performed by a young trainee. The surgery went extremely well and we had very interesting discussions during the dinner with the whole team including young and dedicated
male and female collaborators. Concerns about the sizing were raised and an interesting debate took place regarding the use of a collared implant. We also discussed the advantage of fully HA coated stems. I offered the youngest colleagues to visit Lyon with the support of the ARTRO INSTITUTE and received enthusiastic answers. 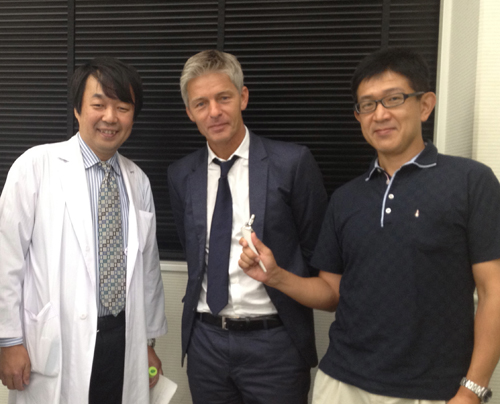 I also had the opportunity to chair two consecutive education sessions with Jonhson and Johnson representatives driven by Yoshi … who nicely took care of me during the whole trip including Osaka.

In Osaka Professor Hiroyoshi IWAKI warmly welcomed me in his department and I was asked to present a comprehensive paper on all the Corail perspectives at the Osaka City University Hospital.
There were 45 surgeons from the whole city including Dr. Inori FUMIAKI who spent a year in Lyon a few years ago. Once more many questions were raised because of the recent introduction to Japan and the appealing concept of bone preserving surgery.

Overall the surgeons’ kindness and the high level of orthopaedic knowledge and experience have impressed me. I also learned a lot regarding trends in anterior approach and was glad of the
enthusiasm for the newly introduced ARTRO concepts in Japan.

A special thanks to Yoshi OGASAWARA who drove me around during the whole trip.